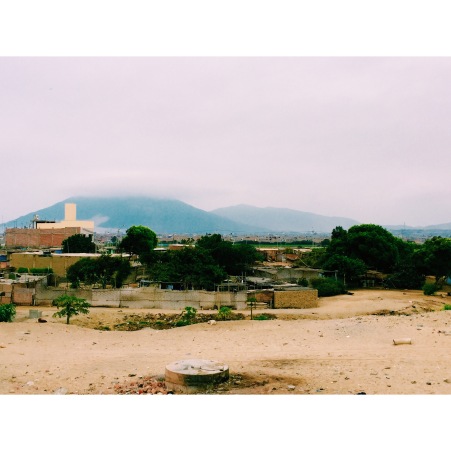 When I was a little girl I had a Fisher Price doctor’s kit. At the time that little black bag had all I needed to cure the world.

Today I upgraded my doctor’s kit. I got a red lunch box filled to the brim with gauze, hydrogen peroxide, medications and a suture kit. Today I had all I needed to help cure the people of Peru.

With the doctor’s kit (lunch box) in hand I headed out with Ellie, one of the nurses, into the streets of Chimbote. Our first stop was to visit Señor N, an elderly man confined to his bed who is now suffering from severely infected bed sores. We were able to clean his wounds, cut away part of the infection and change his dressings. Señor N was in severe pain, he took his shirt and covered it over his face while we worked on the bed sores. On a professional level it was very interesting assess the infection and to clean the wound, but on a personal level it pained me to see him suffering and to know there was little that I could do to alleviate his pain.

Afterwards we traveled further into the barrios to deliver an air mattress to a young mother who has been consumed by cancer. Her daughter took particular interest to me and asked if I could read the Bible to her, I was so touched! In addition to the cancer, her mother is extremely anemic and is not adhering to the diet recommended by the doctors. She also refuses to heave her bed, which leaves her prone to bed sores. We are hoping that the mattress might help prevent the sores and will be more comfortable for her to lay on throughout the day as she does not want to leave her bed despite our best efforts to tell her that it is good to sit up and get outside! 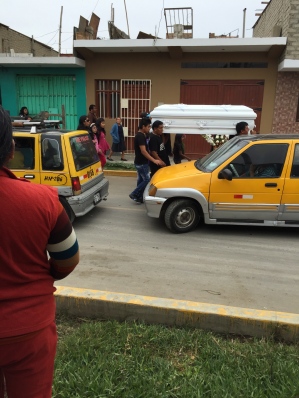 Next we traveled to our last house of the morning to visit a young girl with schizophrenia. As we approached the house, we noticed that the street was full of people: they were celebrating a funeral. Now I have gone to my fair share of funerals, but I have never experienced something so astounding. The street was lined with people, and there was a FULL BAND processing behind the casket which was carried high in the air by the deceased’s family and friends. I had the chills as they processed by me and walked through the streets, it was such an incredible sight and something that I will never forget.

After  watching the procession fade into the distance we met the mother of the girl we were trying to visit. The girl is so severely ill that she refuses to open the door and let us into her house. We brought her mother to a near by center which specializes in providing treatment for those who suffer from mental illness. We arranged to have treatment brought to the girl in hopes that it will lessen some of her symptoms. We will be returning to her house on Wednesday, so I will be sure to keep everyone updated on her progress. 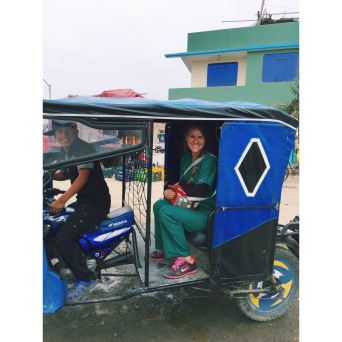 As if this entire experience wasn’t overwhelming enough, I had my first (and hopefully last experience) with a Mototaxi. The best way to describe the “moto” is a tricycle with a motor that travels (at a very fast speed) down the dirt roads near the barrios. The staff that I was with got extreme delight out of my experience with the moto, I was scared to death and was holding on for dear life! After the ride was over, they had me take a picture with the moto so that I could show everyone back home what I rode to work on today.

To think all of this happened before I even ate lunch! Now I am not going to get in the habit of posting each day, but I felt that it was important to share my first day with all of you. It was such an eye opening experience on a variety of levels and I am truly blessed to be working alongside these incredible people. These people may not have much, but as I remarked to the Sisters today they are some of the happiest people I have ever met.

3 thoughts on “Braving the Barrios”